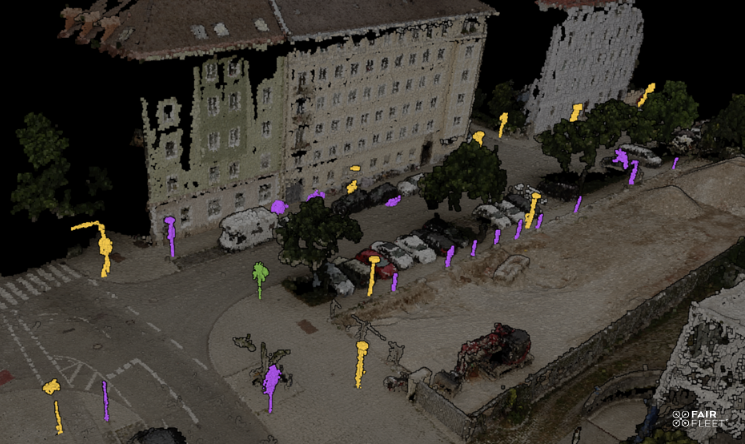 The goal is to detect street assets in point clouds and classify street signs to precisely map them into a GIS system. These street assets can include but are not limited to:

For this Use Case mobile laser scanner data and 360 degree images are required.

The vegetation encroachment for some objects can be a challenge. It can be tackled by cropping the raw files to the close and well covered scan areas.

Most point clouds are not detailed enough to detect the exact type or text of street signs so the 360 de-gree images need to be used in a separate detection step.

We trained Deep Learning models on the 3D point clouds. For this we needed training data which we generated with Pointly. With the trained model point clouds are segmented into several object classes and in another step individual objects are determined and their locations are extracted into feature classes.

The position of extracted street signs is used to locate corresponding 360 degree images. On those the type of the street sign is identified by a 2D classifier and text is extracted with common OCR techniques.

The extraction of the objects was conducted successfully. As a result an individual shape layer for each object class was generated and then exported to the GEOjson format. For traffic signs additional metadata was generated to include the type and text of the sign.

GIS layer showing street lights, signs and other objects on different base maps 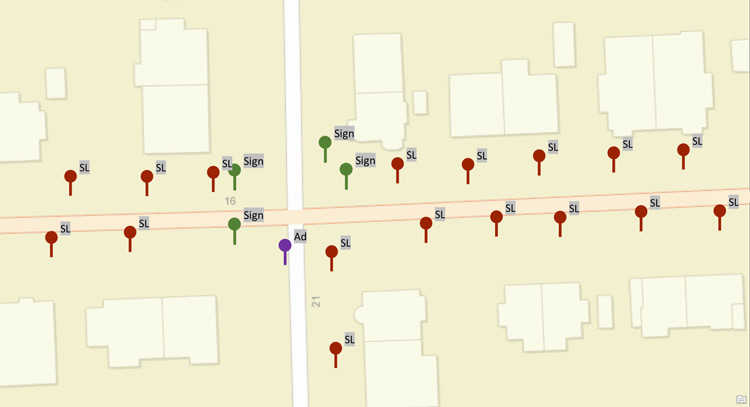 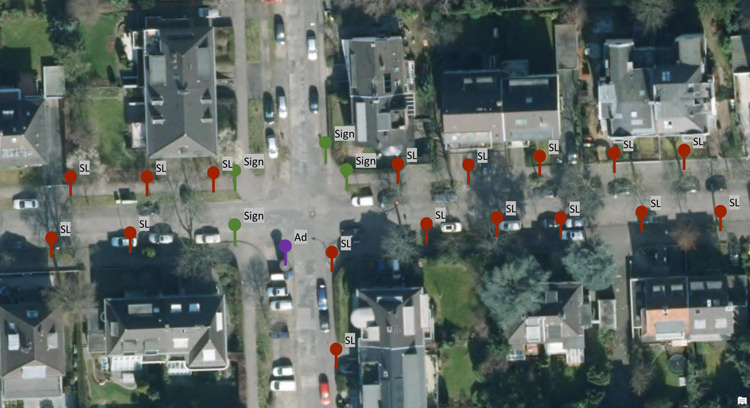 Pointly – Point out what matters.

⇧ back to top

Pointly is an intelligent, cloud-based software solution to manage and classify 3D point clouds – faster and more precise than ever before.

With Pointly Services you can get on-demand advanced 3D point cloud solutions tailormade for you.